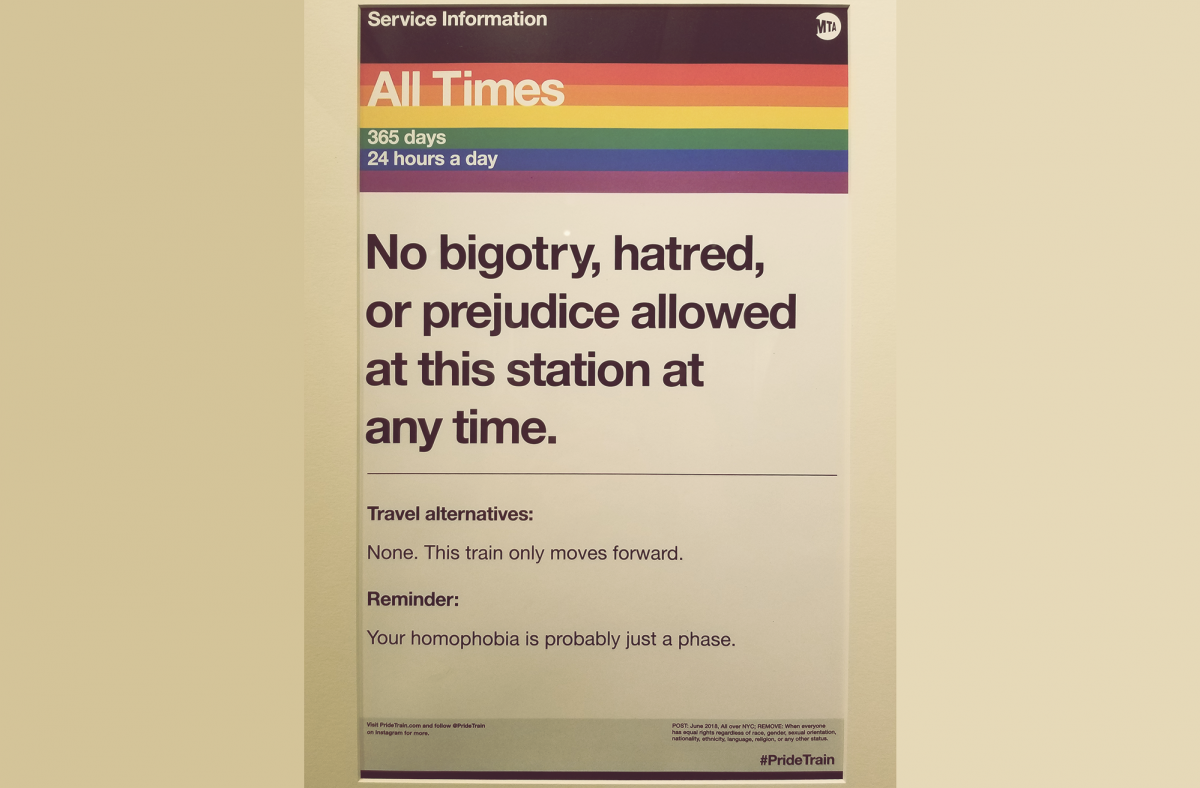 On Monday, the Supreme Court voted 6-3 to protect LGBT employees from discrimination on the job.  So many people, in the news and social media, hailed this as a landmark victory – especially, most pointed out, because two Trump-appointed, Republican judges were part of that majority.  Even though I am a member of the LGBT community myself, I did not rejoice.  Instead, I felt rage, anger, and more than a bit of despair at the situation the world is in.  Why, you might ask?  Let me explain.

It started off with a headline I saw in Politico – “With LGBT ruling, Supreme Court hands liberals a surprise victory”.  This immediately set off something in my brain, which quickly devolved into anger. What the hell?  Why is a ruling that establishes equal rights – basic human rights, not any sort of “special treatment”, just the same rights afforded to everyone else (who is not a still-oppressed minority, that is) – somehow a victory for liberals?  If it is a victory at all (which I don’t believe it is, for reasons I will go into later), it is a victory for all of humanity, not just liberals.  Unless the truth is that the only people who care about humanity are “liberals” (I would like to think that this is not true, though what I have noticed is that the only people who seem to be upset about this are those that consider themselves “conservative”).

Overall, making things “political”, in my opinion, is a way for people to disregard that so many things we are talking about are basic human rights and equality issues; calling them “political issues” or “agendas” gives certain individuals a way to avoid the discomfort/personal honesty of acknowledging that that they are actually just plain prejudiced. For example, when asked about how they feel about the Black Rights Matter movement, so many people (who, interestingly enough, are “conservative”) will respond with something like “I don’t get involved with politics, ok?”  Or, to quote another news article about yesterday’s decision (The NY Times’ “Conservative Christians See ‘Seismic Implications’ in Supreme Court Ruling”), the “conservative” Christian leader Franklin Graham mournfully stated “I find this to be a very sad day… I don’t know how this is going to protect us.”  Translation:  He is sad and upset because his blatant homophobia can no longer be protected by the law; he can no longer legally and gleefully assert his white Christian heterosexual superiority by rejecting and suppressing those he believes are of a lesser stock.  Poor guy.

So is the identification as “conservative” now just used by those who believe in a human hierarchy – of which they, of course, are at the top of the food chain – and want to keep it that way, forever?  A shield to hide behind where they can mock those who care about equality – as “bleeding liberals” or “socialists”?  This is unfortunate, on a number of levels.   My larger point here, however, is that making equal human rights a “political issue” implies that it is a concept that is up for debate, that there is no actual right or wrong, that where you stand is merely your opinion and perspective, and everyone’s opinion is valid.  This is, frankly, a whole lot of nonsense.  Where you stand on equal rights is not a political issue; it is a moral one.  It is a statement, actually, of your evolution as a person, at least in my mind.  If you believe that granting others equal rights is somehow “unfair” to you, or will somehow lessen your life in some way, not only are you incorrect, but you are also demonstrating the morality of a child.  Small children, after all, are inherently self-centered; they lack the cognitive ability to see how their actions affect others, or even to grasp that others are people too. They want what they want, and if they can’t have it, they feel angry and lash out at the mean people who they believe are withholding their wants from them.  Most children, it should be said, do eventually develop a conscience, and feel bad when they harm others, or when they see that others are being treated badly; this is called “becoming a decent human”.   Tragically, there are many “adults” walking around who never reached this stage of evolution; but they sure do believe they have!   On that note – if I could ever get an audience with Franklin Graham, or someone like him, I would love to ask, “So how, exactly, does granting LGBT individuals the same rights as you somehow take away your rights?  What do you, personally, actually lose, besides the ability to legally suppress us, or the idea that your superior belief structure might actually just be incorrect?   Can you be specific about this loss so that I can see how my equal rights actually infringe upon others? I don’t want to hurt you, so help me understand this.” (This reminds me of a meme I saw recently that said, “Human Rights is not a pie” – meaning, it’s not like if I grant one person a slice of the “pie” there’s now less for everyone else;I wish I remember where I saw it so I could cite it properly here).

But now let me discuss the deeper origins of my despair.  It is specifically related to calling this ruling a “victory”; to me, this is a sad and telling verdict on the general blindness of humanity at large, and our inability to see this action for what it really is.  We should not call it a “victory” when we are given equal rights; we should give a muted acknowledgement that this is how it should have always been (and perhaps demand restitution, or at the very least an apology for having treated other humans so badly for so long).  Maybe think about it like this: If someone came to your house and stole all of your possessions, and then returned them, would you call the act of that person returning your things a “victory”?  Would you thank them profusely for doing such a remarkable thing?  Would you celebrate this as some sort of incredible moment of humanity?  I certainly hope you would not.

By rejoicing, you are playing into the whole system that has created this sort of inequality – with LGBT people, with people of color, with Native Americans, Muslims, women, the list goes on and on.  Those who have created the system – not to generalize, but this is comprised of mostly white, heterosexual, Christian men – have deemed those who are not them as inferior, not worthy of equal rights.  Now, they are the ones who decide that it is now time for us to be considered “equals”.  How nice, that they are granting us this generous gift of equality.  The fact that they have determined that they are the ones who have the power to grant us this gift just perpetuates the system, however!  They can grant it, and guess what?  They can also take it away.

Even in this “watershed moment”, nothing has changed.  Our suppressors are still our suppressors, as long as we continue to thank them for granting us basic common humanity.  We should not be thanking them, celebrating, or any such thing; we should be dismantling this whole notion altogether, that any person, based on their color, gender identity, sexuality, religion, physical ability, political affiliation, etc.  is somehow less than another.  How do we do that?  I have no clue.  All I can see, though, is that we have to at least acknowledge things for what they are, and start to understand the trap we find ourselves in. 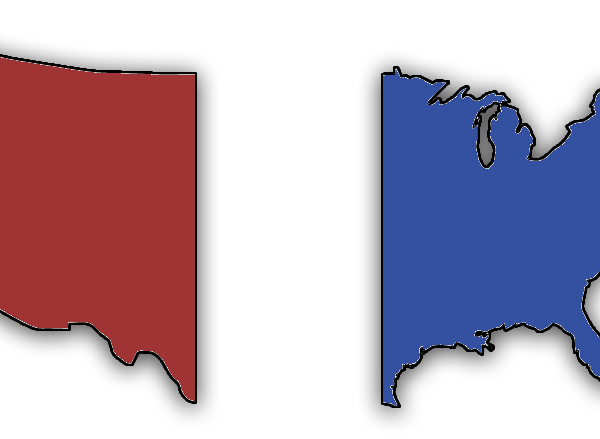 Projection, Politics, and Polarization, OR: The Ongoing Question of Human Nature 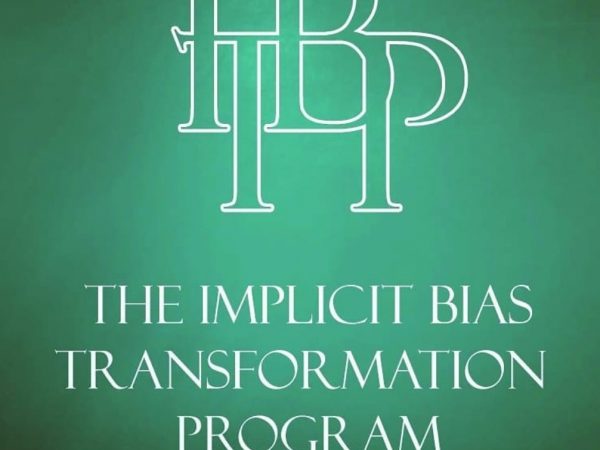